Some days, just for a moment, Mark Barbee thinks about stepping aside as mayor of Bridgeport, Pa., and extricating himself from the divisiveness of first nine months in office.

Since Mr. Barbee took over in January as the first African-American and the first openly gay mayor of a town in suburban Philadelphia where nearly 80 percent of the residents are white, council meetings have devolved into heated arguments, the police chief has quit, two council members have resigned, and Mr. Barbee has received death threats on social media. By all accounts, the borough is divided.

Barbee and his supporters say Bridgeport needs to fight racism and prevent its spread.

“Race is a very polarizing issue, and a lot of people tend to lean out when you even say the word,” said Mr. Barbee, 29. “But this is a conversation that we as a town have to have.”

Others say racism was not a pervasive issue in town — until Mr. Barbee brought it up.

“Bridgeport was always all-inclusive,” said Borough Council President John Pizza, 74, a lifelong resident. “We never picked on anybody. … To me, that was the charm.”

Mr. Barbee’s critics say their complaints have nothing to do with the mayor’s race or sexual orientation. They say they simply disagree with him on policy and approach.

Mr. Barbee said: “The national political climate is absolutely accountable for what is happening. I think Bridgeport is often a microcosm of what’s going on nationally.”

Pizza agreed. “I think what is going on with the national politics is also affecting our town — and any small town,” he said. “I feel the (national) leadership we have today is promoting a division, and they’re not afraid of the fact that they’re promoting a division.”

In Bridgeport, the discord began in the spring when Mr. Barbee proposed an anti-discrimination ordinance, already adopted by other Montgomery County towns. The measure passed the council 4-3 but not before stirring up contentions about race, the mayor said.

A month later, in May, Police Chief Mark Shannon announced his resignation, effective in August. Chief Shannon, a longtime Norristown police veteran, had been in the position for only a few months. In a statement at the time, Chief Shannon said Mr. Barbee had overstepped his bounds by not allowing him to run the department as he saw fit. His departure was the third time in three years that a borough police chief had left the department.

Chief Shannon, whose replacement has yet to be appointed, said in his statement that he would not respond to any follow-up questions after the announcement, and he did not respond to requests for comment for this story.

Mr. Barbee said he believed that Chief Shannon resigned in part because of the mayor’s refusal to agree to his call for aggressive patrols in an area some locals refer to as “below the tracks.” That neighborhood, on the banks of the Schuylkill River, has a lot of rental housing and is home to more minorities than other parts of Bridgeport, Mr. Barbee said.

In a public letter about Chief Shannon’s resignation, the mayor mentioned their disagreement over the chief’s plans for stepped-up patrols. Of that plan, he wrote that it “was very difficult for me to see it as anything but racial profiling.”

Sgt. Paul McLaughlin, who with another sergeant is running the 12-officer department, said police receive fewer calls to that area of town than they did 10 or 15 years ago. A few businesses have moved in, Sgt. McLaughlin said, and residents take better care of their properties.

“We still do have issues down there,” he said, but the department does not focus its patrols on the neighborhood.

Sgt. McLaughlin said he tries to establish a rapport with residents, and trains his fellow officers to do the same. The department could benefit from more diversity, he said — it has only one woman on the force and no people of color — but it is difficult to address that imbalance since there is little turnover of full-time officers.

As for the mayor, “I think he’s certainly trying his best,” Sgt. McLaughlin said. But that sentiment may not be universal. When Mr. Barbee recently called a meeting with the department, about half of the officers did not show up.

Mr. Barbee acknowledged those threats, which are under investigation by the county prosecutor, and said he was grateful that none of them had been made in person. Still, he said, the menacing words unnerved him.

In recent months, he said, tempers in the borough seemed to have cooled. But that doesn’t mean residents see eye-to-eye on the mayor’s mission.

“The town has been tolerant of things over the years,” said Robert Jones, 59, a lifelong resident. “All of a sudden we’re being painted with a broad brush.”

When he was growing up in the borough, Mr. Jones said, few African-Americans lived there, but those who did were not discriminated against or treated differently. Mr. Jones, who is white, avoided the area between the train tracks and the river, but not because of racial discrimination or profiling, he said. When industry declined, the old textile mills near that part of town closed, and the area became desolate and “shady,” Mr. Jones said.

Brianna Austin, 24, bristles at how people describe her “below the tracks” neighborhood.

“There’s nothing wrong with our neighborhood at all,” said Ms. Austin, who moved to Bridgeport from Pittsburgh about five years ago. “It’s really quiet here. Kids play here. … It’s the suburbs.”

She said she was aware of discrimination in the borough, of disparaging comments made to African Americans or minority residents. And she appreciates the fact that Mr. Barbee has addressed racism head-on.

“He has brought our community together like never before,” she said. “He is letting us have a voice.”

Carolyn Capistrano, 49, moved to the borough in 2013 because she wanted to live in a diverse, open-minded community.

“When I look at who our mayor is, I’m really proud that I live in Bridgeport,” she said. But “the town where I chose to buy a house and raise my kids, who are biracial … we have long a way to go.”

Ms. Capistrano said she has heard people say there were no divisions in the borough until Mr. Barbee took office.

“Well, we’ve never had an openly gay, African-American mayor before either. Unfortunately that’s what’s brought out the ugliness of some people,” she said. “Maybe they’re right. Maybe there wasn’t open discrimination in the borough before Mark Barbee became mayor.”

Mr. Barbee’s critics say his focus on racism has brought Bridgeport unfair negative attention that might dissuade people, especially people of color, from moving there.

“The only solution I see is he has got to get away from this perceived image that we’re against people his color,” Mr. Pizza said. “We’re all the same as far as I’m concerned.”

“There are a lot of nuances that are being ignored by people on both sides of the issue,” Mr. Spiron said. The debate “has already taken a nap, to a degree, and it’ll take a nap until something happens. But taking a nap doesn’t mean it’s fixed. I think it’s really up to (Barbee) to bring people together, not pit them against each other.”

Mr. Barbee remains hopeful that the community can come together. He was heartened to see a resolution condemning hate speech pass the council 6-0 at a recent meeting, and 10 mayors of other Montgomery County boroughs recently signed a letter of support for him.

“I feel like, in my heart of hearts, I’m fighting for what’s right,” Mr. Barbee said. Despite the discord, he said, “someday we are going to look back and everyone is going to be glad it happened this way.” 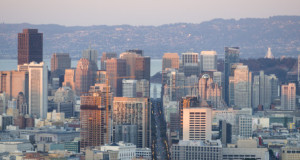