After “Empire” star Jussie Smollett was hospitalized early Tuesday after reportedly being attacked by two people who hurled slurs, black gay men took to social media and other outlets to share the challenges they face on a regular basis in this current political climate.

Smollett, 35, was walking in the 300 block of East North Lower Water Street about 2 a.m. local time on Tuesday “when two unknown offenders approached him and gained his attention by yelling out racial and homophobic slurs towards him,” the Chicago Police Department said in a statement. “The offenders began to batter the victim with their hands about the face and poured an unknown chemical substance on the victim.”

The police could not confirm the gender of the offenders or identify the chemical substance.

“At some point during the incident, one of the offenders wrapped a rope around the victims neck,” the statement said.

And the story became political not long after news about Smollett, an activist who has spoken out against President Trump’s policies, broke. Multiple lawmakers took to social media to decry what happened.

The racist, homophobic attack on @JussieSmollett is an affront to our humanity. No one should be attacked for who they are or whom they love. I pray that Jussie has a speedy recovery & that justice is served. May we all commit to ending this hate once & for all.

Rep. Bobby L. Rush (D-Ill.) has sent a letter urging the FBI to investigate the alleged violence as a hate crime.

Smollett’s experience is far too common for black gay men, particularly those who speak out against racism and sexism. As activist Preston Mitchum wrote:

“Everyday our multiple marginalized identities increase our chances of facing racist, homophobic vitriol — and this fact has only intensified under the Trump administration with their dog whistle politics. So as we wait to see if justice is served for Smollett, we as Black queer people wait to see if America will finally see our lives as worth protecting. Because history has rarely been on the side of Black queer folk.”

According to a recent FBI report, there was a 17 percent increase in hate crimes in 2017 — the third consecutive year such crimes increased. That year, there were 7,175 hate crimes reported by federal law enforcement agencies. Nearly a third targeted black Americans; 16 percent were aimed at people based on their sexual orientation.

These violent encounters are part of why so many black gay Americans were so critical of comedian Kevin Hart’s past homophobic jokes and his often defiant response to criticism of them shortly after he was named as this year’s Academy Awards host. 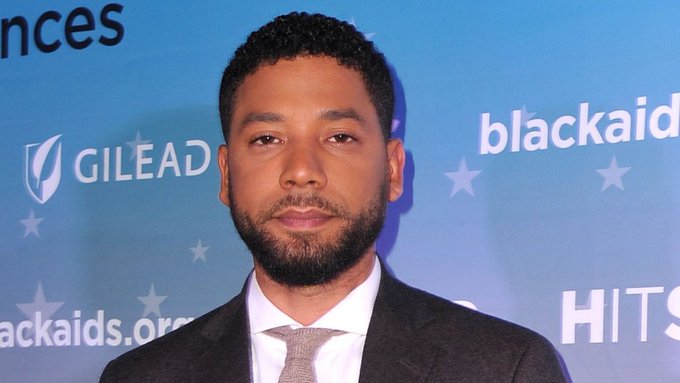 For these men, Smollett’s experience does not exist in a vacuum. And because of this, so many in the LGBT community expressed frustration about society’s attitudes toward men who are gay and black under the current administration. The Trump administration has been frequently criticized for not advancing gay rights, attempting to ban transgender people from serving in the military and appointing federal judges who are skeptical of same-sex marriage.

As Chad Griffin, president of Human Rights Campaign, one of the country’s most influential gay rights organizations, told The Post’s Jonathan Capehart: “Mike Pence has been at the forefront of attacks on our community for his entire life. He is a man who has built his career attacking and undermining the rights of LGBTQ people. That’s who Donald Trump chose as his number two. And, quite frankly, that’s who’s playing the role of shadow president today.”

Trump is often criticized, even by supporters, for failing to denounce racism. And he has spoken out against homophobia even less. To be fair, Trump was the first Republican candidate to acknowledge gay Americans in his nomination speech, saying: “Only weeks ago, in Orlando, Florida, 49 wonderful Americans were savagely murdered by an Islamic terrorist. This time, the terrorist targeted LGBTQ community. No good. And we’re going to stop it.”

But those comments were more about terrorism than advocating for the equality for gay Americans.

To many, the Smollett incident — and the political nature of the assault — is yet another reminder for many black gay Americans that this president’s vision of a “great America” does not appear to include them.